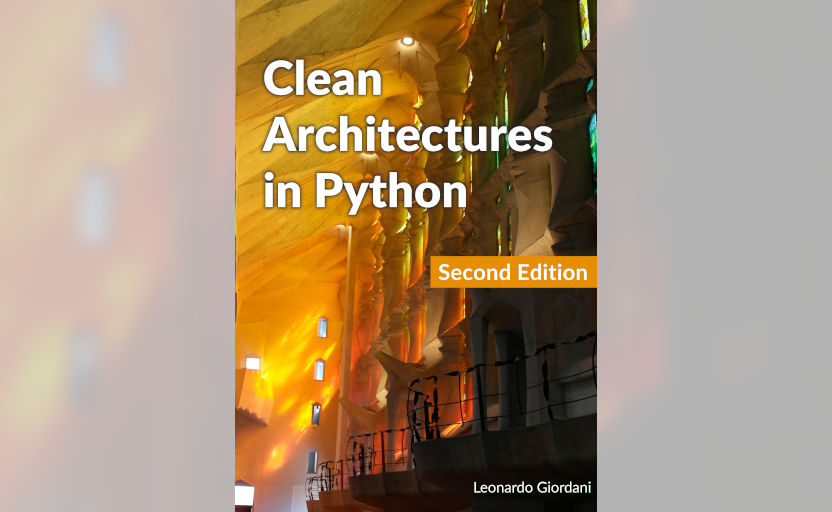 “We are like dwarfs standing on the shoulders of giants, so that we can see more than they, and things at a greater distance; not by virtue of any sharpness of sight on our part, or any physical distinction, but because we are carried high and raised up by their giant size.” (Bernard of Chartres)

My name is Leonardo Giordani. I was born in Italy in 1977, a year that gave to the world also Star Wars, bash, Apple ][, BSD, finger, Zork, Dire Straits, The Police, Rumours, The Silmarillion.

In 2018 I published my first book, Clean Architectures in Python, that was born as an extended version of a post that I published on my blog The Digital Cat. The book was initially created on Leanpub with a pay-what-you-want scheme, but eventually I also decided to publish it online to make it easier to access and to share.

In the last two years I tried several different toolchains to write the online content and eventually ended up using the same system that I use for the blog, that is using the Mau markup language together with the Pelican blog engine.

I have another book in the works, and I hope I will be able to expand some other blog posts into full featured book, that give me the freedom to discuss a topic in depth without the length constraints of the standard blog post.

The content of this site released under Creative Commons Attribution-ShareAlike 4.0 International (CC BY-SA 4.0). I strongly believe that shared knowledge, in every field, is the only way to achieve real progress.

What you find on this website is by no means always correct. Feel free to submit corrections through the GitHub Issues page for site-wide issues, or using the specific repository of each book. I won't always answer immediately but I assure you that I read all the issues and will eventually fix them.